“Microstereolithography (MSL) has been employed to create 3D microstructures for a wide range of applications. Despite the many advantages of using this process, there are still several drawbacks such as the need to use a large amount of a material compared to the volume of the microstructure to be built, oxygen inhibition, and difficulty in processing highly viscous photopolymers. To minimize the amount of material required, the use of a liquid bridge has been suggested as a modification to the existing microstereolithography process. A liquid bridge can be easily found in nature after a rainfall. Basically, a bridge can be formed between two solid bodies, where surface tension can sustain a liquid bridge against a gravitational force, which tends to destroy it. With this natural phenomenon, a photopolymer can be intentionally formed between two substrates: a transparent substrate with a low surface energy can be used as a top substrate, while another substrate with a higher surface energy can be used to hold the fabricated structure together. This process, called liquid bridge microstereolithography (LBMSL), is advantageous since it uses a relatively small amount of a material, removes oxygen inhibition due to the constraint of the material surface, and offers the possibility of utilizing a highly viscous material. In this study, a mathematical model was taken to simulate a liquid bridge with a certain volume and height.” from [Lee et al., 2018, Liquid Bridge Microstereolithography, Additive Manufacturing, Vol. 21, pp. 76-83] 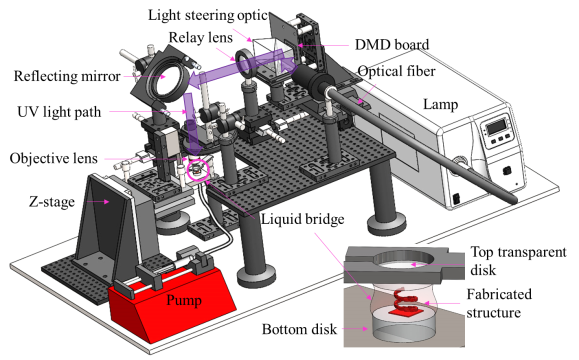 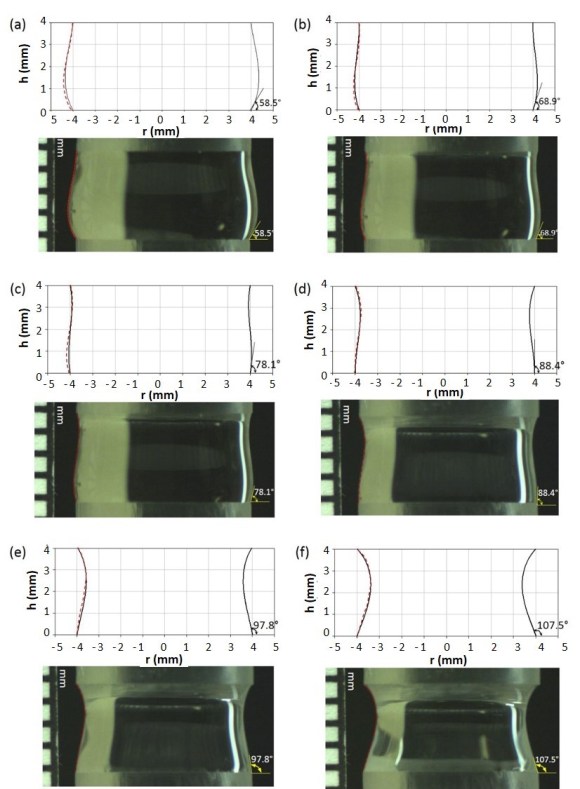 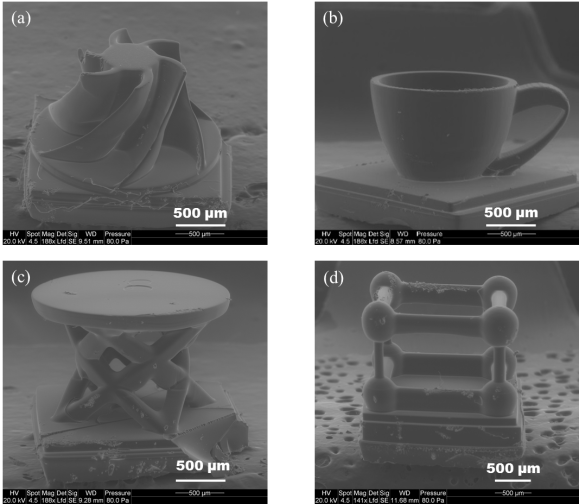